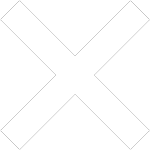 Jeromy and his team are always a step ahead

When someone starts to work at one of Jeromy Huerta’s agencies, very quickly they find things are run a bit differently.

“Recently, we had a new employee who pulled out a notepad on their first day,” Jeromy said. “I had to go over and explain that isn’t something we do here.”

Since 2006, Jeromy’s office has had a no paper rule. That means no paper for notes, for printing, for preparing meeting agendas, or anything else. This paperless policy may seem radical for incoming employees, but for him it’s just part of everyday life in this new digital age.

“The goal is always to be relevant,” Jeromy said. “And you always have to be able to adjust to the changing environment.”

Being relevant is an unofficial motto for Jeromy, who is an early and strong adaptor of new technologies that help his customers save money and his agents retain business. This forward-thinking mentality is also why Jeromy chooses insurance companies like Progressive to insure his customers.

“Progressive is on the forefront of doing new and exciting things—especially with technology,” he said.

Put your customer in control with usage-based insurance

Jeromy points to Snapshot®—Progressive’s usage-based insurance product that personalizes customers’ rates based on their actual driving habits—as an innovative tool that helps his customers save money.

“You have to have an advantage,” he said. “And what you can do with Snapshot provides that unique kind of advantage.” Jeromy also advises all of his new customers to download the Progressive mobile app. “Anything that’s new, we try to take it on and incorporate it as soon as we can.”

Jeromy also points to Progressive’s quoting process as another reason he frequently quotes with the company.

“All new agents love Progressive because of how easy their processes are,” he said. So whether he’s preparing a quote or checking in on his Platinum benefits, Jeromy knows that he’ll spend less time trying to understand the process and more time helping customers. “Progressive makes the process seamless,” he said.

Jeromy—who has office locations in Arizona and Washington—is also part of Progressive’s Technology Advisory Board, which meets quarterly to get input from agents on the company’s technological plans.

“To be a part of that and see what they’re working on is great,” he said. “I think it’s awesome that they bring in agents and get our insights because we’re the ones doing the day-to-day stuff.”

It’s these types of transparent discussions that make Jeromy excited about what the future holds for Progressive and their agents.

Looking towards the future, together

As Progressive continues to look forward, we’ll continue to build strong partnerships with agents, like Jeromy, who are making an impact by always looking for innovative ways to thrive in an ever-changing industry.

“Companies like Progressive are the ones I trust,” he said. “They have the technology that’s going to help our clients and provide more stability for everyone down the road.”

*To view you’ll need to be logged into ForAgentsOnly.com

“Progressive is always trying to stay relevant, make changes and adjust to the times.”
- Jeromy Huerta